Identification of the underlying fertility issues, along with an explanation of all possible options from most conservative to aggressive is the only way couples will be able to make a comfortable, well-informed decision during a very stressful time.

Our goal at JCRM is to diagnose and approach problems with targeted treatment. Treatment is individualized to each patients’ situation. Although we utilize IVF as an important treatment modality, it is certainly not the first line of treatment offered to most patients. The majority of our patients achieve pregnancy without IVF. In addition, it is important to help couples become comfortable with their need for assistance with

pregnancy and strive to become pregnant as close to the “old-fashioned” way as possible. It has been our experience that many patients can achieve pregnancy with simple alterations to their non-IVF treatment plans. If you want a comprehensive approach in a warm, caring environment, JCRM is the place to be. We look forward to assisting you in building your family!

Endometriosis is a common disease that can affect any menstruating woman from the time of her first period to menopause. Sometimes, the disease can last after menopause.

No one knows for sure what causes this disease. One theory is that during menstruation some of the menstrual tissue backs up through the fallopian tubes into the abdomen, where it implants and grows. Another theory suggests that endometriosis may be genetic, or runs in families.

Our belief is that anyone with endo should be treated at the first suspicion of the disease. The inflammation that is caused by endo likely slowly damages the ovaries removing eggs at a faster than normal rate – hence infertility and earlier menopause. So instead of birth control pills for the adolescent, surgery with complete excision by a very experienced operator is the best course of action. 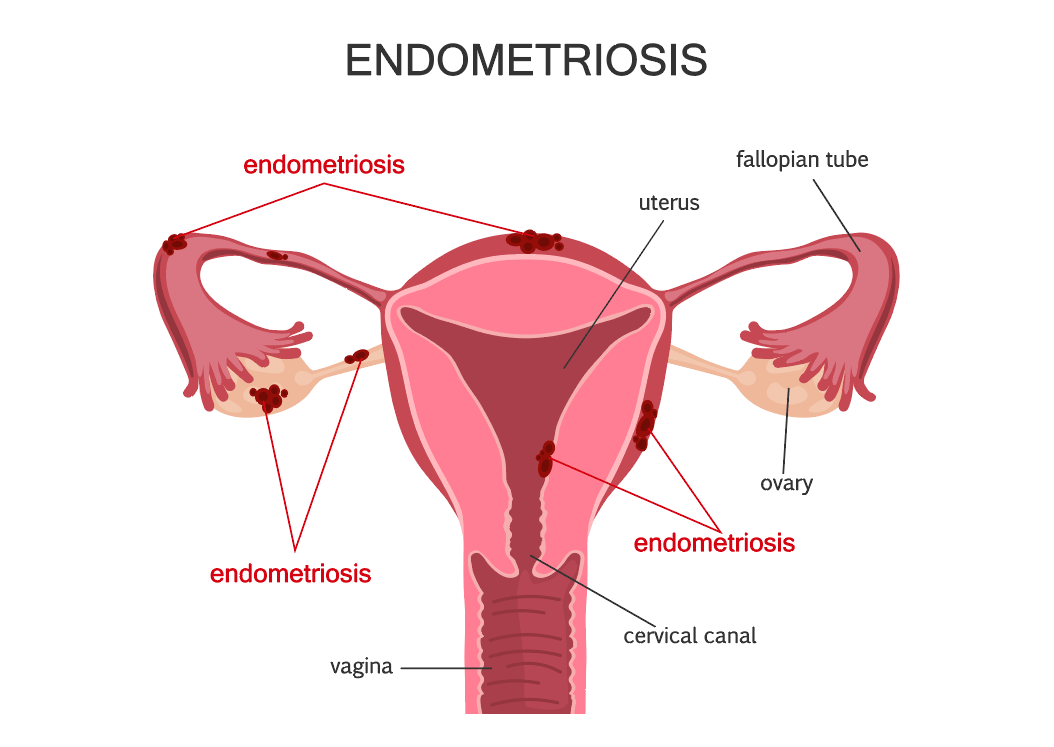 General symptoms of endometriosis can include:

Polycystic Ovarian Syndrome (PCOS) is probably the single most common cause of infertility we see in Reproductive Medicine. It represents a metabolic disorder related to insulin and glucose metabolism and its effects on ovarian hormone production.

We offer a comprehensive evaluation and treatment program for PCOS, both for patients seeking pregnancy or treatment of the symptoms and long term health complications of the disease. In the case of fertility, we offer the entire range of treatments for this cause of ovulation dysfunction. Nearly 90% of our patients are pregnant in 3-6 cycles of basic therapy and we rarely take patients to IVF at this time when their only diagnosis is PCOS. We are very excited to share this extremely successful approach with any patients presenting to us for fertility care.

Through our comprehensive treatment approach, we are very excited to see most of the metabolic abnormalities completely reversing in these patients and it is our belief that patients can return to a near normal risk for many of these devastating health problems. Again, we are excited to help any patient with PCOS develop a health maintenance program for life that will help them reduce these risks.

PCOS causes a wide range of metabolic effects that ultimately result in many of the severe health problems plaguing our society today. The high insulin levels produced as a result of this syndrome cause the slow development of arterial plaques, which are responsible for heart attack, stroke, and hypertension.

Male fertility concerns are present in at least 40% of couples presenting for fertility care. Unfortunately, often the male partner is not evaluated thoroughly in the basic evaluation. There has traditionally been little focus on male partner evaluation and treatment.

Much research remains to be performed on the topic of male infertility, as many cases still receive an “unknown cause” diagnosis. Male infertility usually occurs because of sperm that are abnormal, because of inadequate numbers of sperm, or problems with ejaculation. Sperm can be considered abnormal for two possible reasons: unusually short life span of the sperm and/or low mobility.

There is usually nothing that can be done to prevent male infertility caused by genetic problems or illness. However, there are actions that men can take to decrease the possibility of infertility. At JCRM, we offer and provide a thorough male evaluation and treatment program geared to identifying and treating all disorders of the male partner that could influence fertility. Potential male infertility will be assessed as part of a thorough physical examination. The examination will include a medical history regarding potential contributing factors.

For male patients who have had a vasectomy, JCRM can perform a Sperm Retrieval as an alternative to a vasectomy.

Reasons for a low sperm count or lack of sperm include one or more of the following:

Hormonal Imbalance is one of the leading cause of female infertility. There are a variety of hormonal abnormalities that can lead to infertility. Examples are hypothyroidism, hyperprolactinemia and luteal phase defect.

The woman’s inability to ovulate and regulate hormone levels causes a production of too much or too little of one particular hormone. This hormonal imbalance is manifested by symptoms that are easily detected allowing for treatment to begin as soon as possible. These symptoms include irregular menstrual cycles, excessive bleeding or very little bleeding, abdominal and pelvic cramps, absence of menstrual period for stretches of time and excessive weight gain and loss.

Specific treatment for hormonal infertility will be determined by our experts based on anumber of factors including age, overall health, and medical history, cause of the disorder, tolerance for specific medications, procedures, or therapies,and expectations for the course of the homronal disorder.

Hormone imbalance signs vary greatly from woman to woman, but here are some of the most common signs we see today:

The two most important variables in female fertility are the egg quality and ovulation. Ovulation is the process of releasing the egg from the ovary which may be controlled by many variables. If the egg is not released, ovulation does not occur and pregnancy cannot be accomplished. If ovulation occurs, the egg has to be healthy to be fertilized, and develop into an embryo in order to implant and result in a healthy pregnancy.

At birth there are approximately 1-2 million eggs in the ovaries. This number falls to about 500,000 at the time of puberty and results in approximately 400 ovulations during the reproductive years. At the beginning of a woman’s reproductive life span, the ovary responds readily to stimulation from the brain to produce a mature egg. In order to mature an egg and ovulate, a number of eggs develop at the same time and the “best egg” gets selected in the first part of the menstrual cycle. It is during the process of egg recruitment and development that the eggs are lost each cycle.

Some women do not properly develop and release a mature egg every month – they do not ovulate regularly. We call this anovulation (lack of ovulation) – or oligoovulation (infrequent or irregular ovulation). In general, cumulative pregnancy success rates are high with treatment from a fertility specialist when the fertility issue is an ovulation problem. 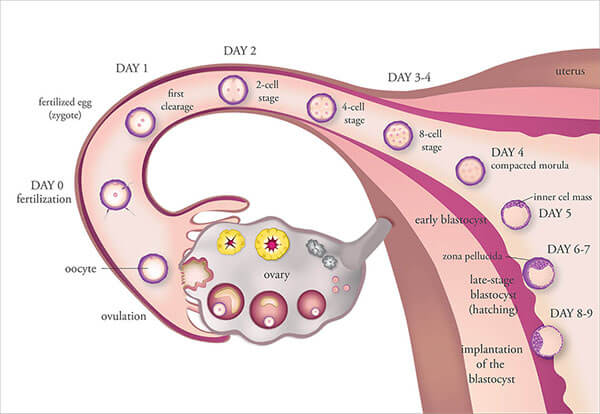 Tubal factor infertility can affect 20% of all infertility cases and it’s mostly due to a prior pelvic infection, pelvic or tubal surgery, scar tissue or endometriosis.

Fallopian tubes are the connections between the uterus and the ovaries. Sperm fertilizes the egg in the outer one-third of the tube and the embryo is then moved towards the uterus for implantation. Fallopian tubes pick up the egg and have peristaltic movements allowing the transport of the embryo into the uterus after the egg is fertilized. If tubes are blocked, sperm and the egg cannot meet and infertility follows.

Damage to the fallopian tubes as a result of prior infection, endometriosis or previous pelvic surgery is one of the most common causes of infertility. Tubal blockage can occur in several locations. Often the ends of the tubes are obstructed, while the openings into the uterus are still patent/open. In many cases the tube is filled with fluid which is called a hydrosalpinx. 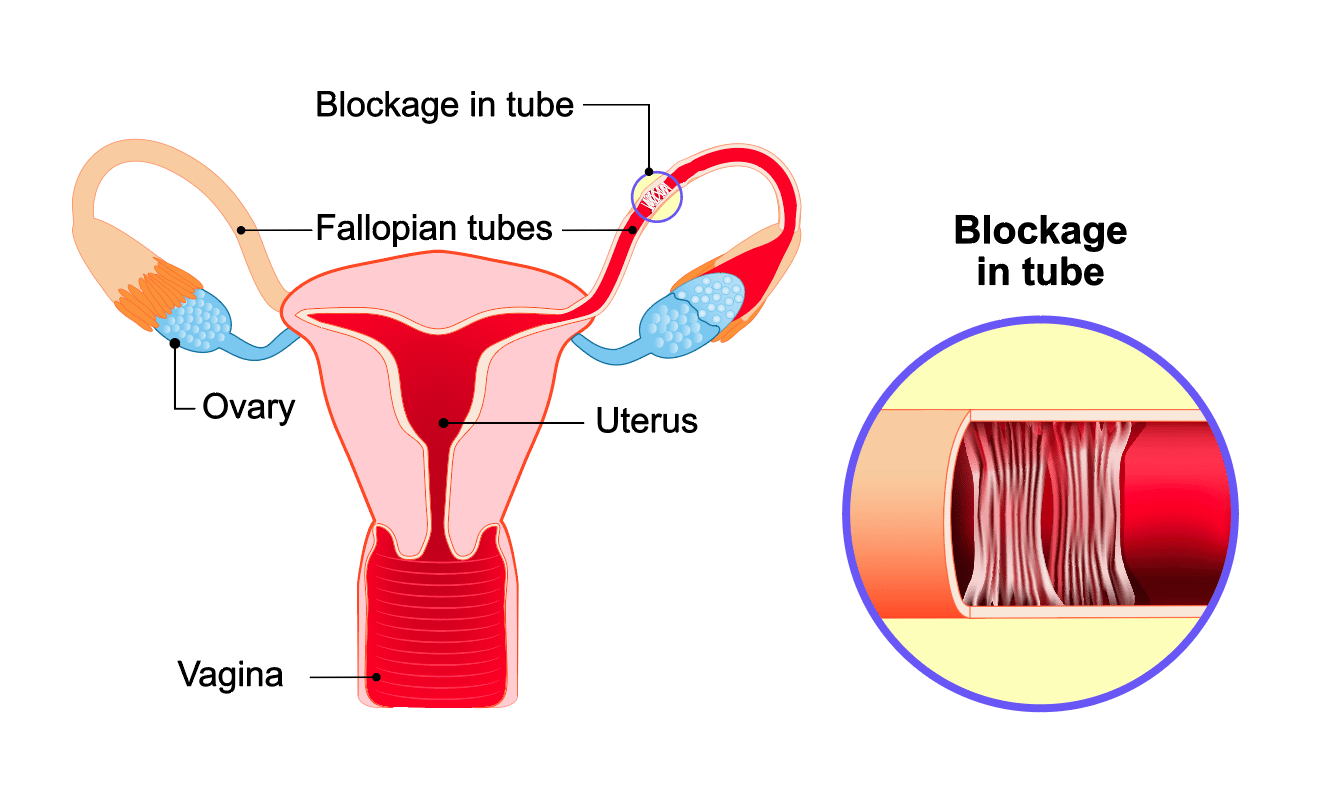 Approximately 10 to 15% of couples are impacted by infertility. Recently, the pivotal role that lifestyle factors play in the development of infertility has generated a considerable amount of interest. Lifestyle factors are the modifiable habits and ways of life that can greatly influence overall health and well-being, including fertility.

Eating a healthy and varied diet may be a key part of maintaining good overall health, but good nutrition can also greatly influence fertility. Our team at JCRM takes the time to discuss our patient’s diet and often recommend nutritional changes to help combat infertility. These changes could include a low-carb diet with healthy fats.
Another factor that can impact fertility is stress. Though stress can come from a variety of daily activities, it’s important to reduce physical and emotional stress. Even excessive aerobic exercise can cause stress to the body. We recommend patients engage in low-impact exercise such as walking or riding a bike. 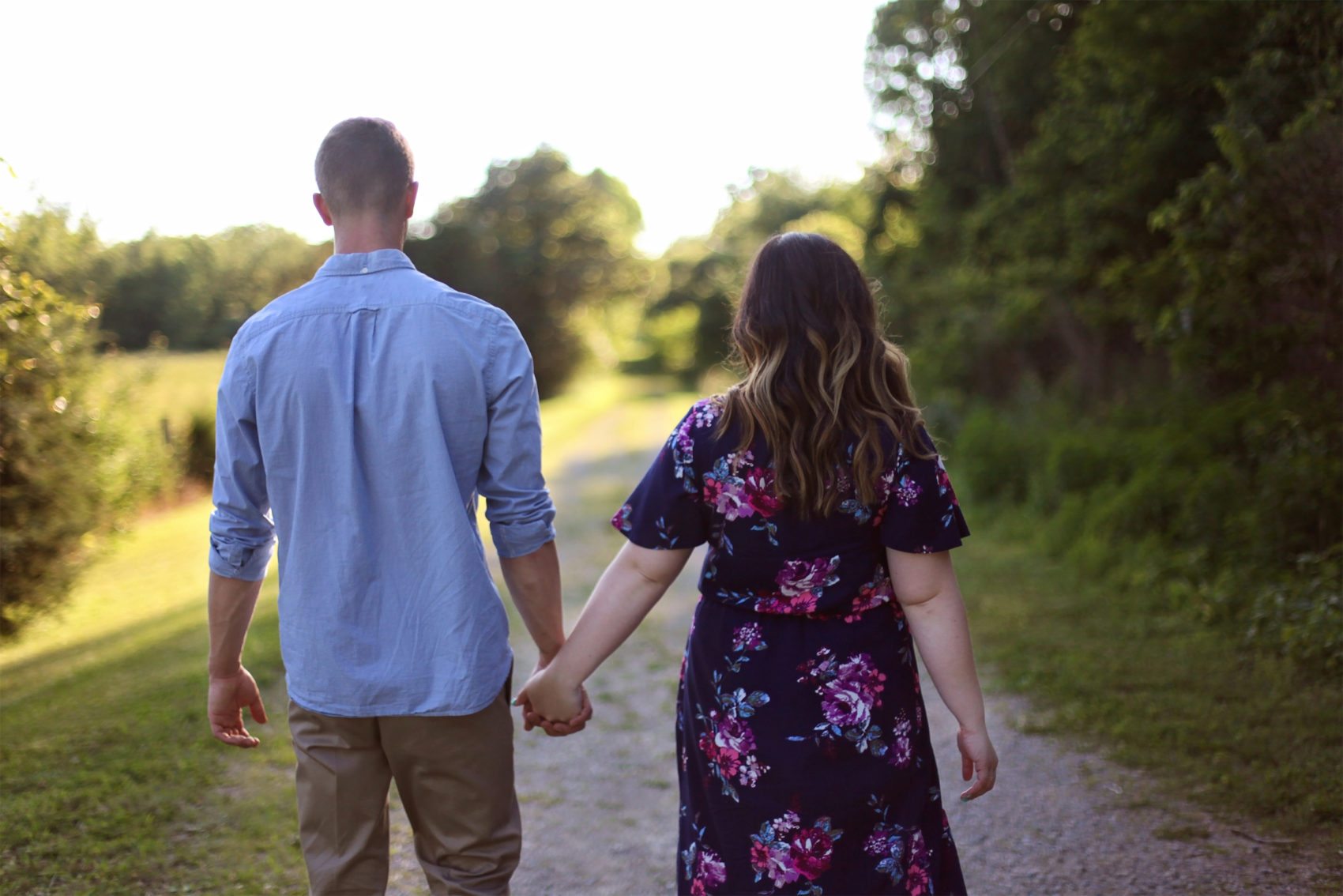 As women age, their natural fertility potential begins to diminish. This phenomenon is universal and can be seen as early as age 30, becoming more pronounced over the next decade.

Diminished Ovarian Reserve (DOR) represents one of the more common causes of infertility and recurrent pregnancy loss and due to delayed childbearing, this has become a more prevalent condition in fertility patients. Simply stated, this process represents premature aging of the ovary. Women are born with their entire complement of eggs. When these are gone, menopause ensues. Each individual has a particular time line of ovarian function, which may not always match chronologic age. We will often evaluate ovarian function if there are signs of problems or in patients over 35 years of age. Signs include, short cycle interval, PMS symptoms, teenage pain with periods, and mother’s age at menopause <47 or so.

Recurrent Pregnancy Loss is most distressing for patients. If this is your diagnosis, a comprehensive diagnostic evaluation will be provided. During this evaluation you will have several blood tests, an x-ray tubal dye study (HSG), ultrasound, and a Clomid challenge test to measure ovarian reserve. Based on the results of these studies we can further define your problem if any exist. Some patients may experience pregnancy loss on the basis of chance alone. We will make recommendations to you based on the results of your evaluation.

When you achieve a pregnancy during treatment, we will follow you very closely. Generally, weekly ultrasounds will be performed to evaluate for appropriate growth and development of the pregnancy. We reassure our patients that in the vast majority of patients, we are able to achieve a successful outcome to this most distressing problem.

We are here for you. JCRM’s Infertility & Recurrent Pregnancy Loss Support Group meets the 2nd Thursday of every month from 6:30pm – 7:30pm at JCRM’s Southpoint location.

TAKE CONTROL OF YOUR FERTILITY