Cancer, The Biggest Fear For All People

Home|Fertility, Practice News|Cancer, The Biggest Fear For All People
Previous Next

Cancer, The Biggest Fear For All People 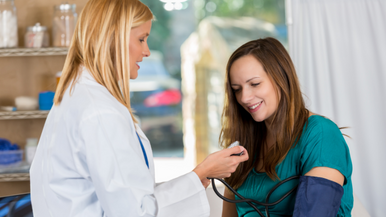 From a theoretic standpoint only, this study suggests and supports the overall idea that higher insulin levels result in higher cancer survival rates and the though that insulin and the metabolic derangements associated with insulin resistance are the underlying cause of cancer to begin with.  In this basic study Metformin use (a drug that lowers insulin levels somewhat) was shown to help survival in patients with hormonally sensitive cancers.  I’m not so sure the hormone sensitive part is that important but this study was performed by gynecologic oncologists, so they will naturally look at “their” cancers.

It has been shown in other studies that a ketogenic nutritional approach, that by definition lowers insulin levels to their lowest baseline levels, can improve breast cancer survival by 50% which is a huge number!  The benefit In this study is much less than 50% which is consistent with our clinical findings of metformin helping a little bit with insulin resistance and the resulting abnormal parameters in metabolic dysfunction and PCOS.  The nutritional change (ketogenic approach) on the other hand seems to be 80-90% of the effect in re-establishing health in these patients.  It would then make sense then that ketogenic nutrition and metformin would be the best strategy to first, prevent cancer and then to decrease the progression or increase the cure rates once the cancer is established.  This is our current first line therapy for Insulin resistant patients.

The other important piece of information this study gives us was related to worsening outcome based on “severity” of metabolic dysfunction as demonstrated by severity of Diabetes type II shown in this study by required medication for treatment of their disease.  Severity of metabolic dysfunction also correlates with higher BMI, or worsening metabolic syndrome with other diseases such as heart dz and cholesterol abnormalities.  Here the crude death rates were highest in women treated with tier 3 medications {Insulin} (37%), followed by tier 2 users {true insulin raising drugs} (33%), patients on no medication (23%), and metformin users {no other Diabetes medications} (18%).  Therefore, people with less advanced metabolic syndrome fared better and those with the least severe disease on metformin survived the best likely due to exposure to lower lifetime insulin levels.

Again, the overall implication here from a broad perspective is that higher insulin levels and longer lifetime exposure brings higher death rates from a hormonally sensitive cancer.  If we extrapolate on a theoretic basis (with support from other sources and observational reports), Insulin causes cancer and less insulin is better for survival once cancer is diagnosed.