[Health Day] Studies are now showing that cardiovascular disease deaths are approaching the number one cause of death, cancer, in women under 65.

Home|Nutrition / Metabolic Medicine, Practice News|[Health Day] Studies are now showing that cardiovascular disease deaths are approaching the number one cause of death, cancer, in women under 65.
Previous Next

[Health Day] Studies are now showing that cardiovascular disease deaths are approaching the number one cause of death, cancer, in women under 65. 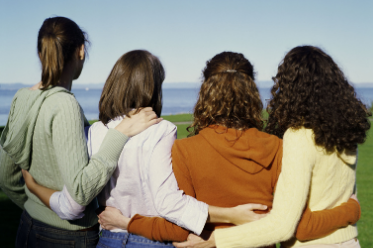 Studies are now showing that cardiovascular disease deaths are approaching the number one cause of death, cancer, in women under 65.  The highest death rate was in the 25-35 yr old age group and the change decreased with age.  This is really no surprise given the massive uptick in carbohydrate consumption in the U.S. over the past 40 years due to the food pyramid institution by our government around 1980.
The increase went from roughly 40% of calories in 1960 (already high) to now what is likely over 80% for most Americans, including children.  The greatest increase in the death rate was in the 25-35 age group.  This group is the first “generation” in history to be exposed to such levels since birth.  It starts with baby formula which should mimic breast milk.  Breast milk is 39% lactose with minor contribution of other polysaccharides therefore primarily lactose and 45% fat, most of which are essential fats omega 3 varieties or saturated fats.  The majority of modern formula is roughly 50% carbohydrate in the form of corn syrup solids which are much higher in glucose than the natural lactose.  Therefore, even our babies are overwhelmed with sugar.  The oil or fat in baby formula is linoleic acid or an omega 6 fat that causes inflammation and heart disease and found in many of the “unnatural” plant oils such as corn, canola, safflower, grape seed etc.  These are cheaply produced industrial oils to substitute for the natural expensive animal fats we were meant to consume.  Beyond formula, we move to sucrose containing foods for our kids and the very high carbohydrate wheat based foods that are “fun and tasty” for our children that reduces complaining about food for them – Pizza, macaroni and cheese, spaghetti, rice, french fries,  sodas, fruit juices, candy, desserts, fruit etc etc.  Most kids are on an 80-90% carb diet and nature prescribed about 5% carbs in the form of complex carbs.
As a result the current 25-30 yr olds are now suffering increased heart disease mortality.  What will it look like 60 years out when this generation is older.  It will probably be a disaster and the average life expectancy will be vastly reduced!  We are seeing more and more young people with heart attack, stroke, and other blood clotting disorders.  If the medical community and the government food authorities don’t make some major changes, this is where we are headed.  You heard it here.  The ketogenic or low carb high fat (animal fat) diet is the only way to avoid this fate for you or your children.  What pregnant women are eating now is just as bad as described above and likely the cause of the generational worsening of this metabolic dysfunction.  It is our sincere hope that this truth makes it out to the general population.