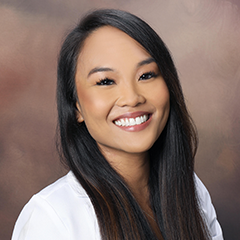 Since 2012, Sharon worked as a nurse at Baptist Medical Center in Jacksonville on a neurosurgery unit. She provided care for patients who underwent spine, brain, and cervical surgery. She also focused her care on patients who suffered from strokes, TIA’s, brain aneurysms, brain bleeds, and seizures.

Sharon joined Jacksonville Center for Reproductive Medicine in 2020. She helps with treating patients with infertility, endometriosis, metabolic dysfunction, and polycystic ovarian syndrome. While she’s not in the office, you’ll find her assisting the doctors in the OR with their various gynecologic surgeries.

In her free time, she enjoys spending time with her 3 nephews, watching movies, and traveling with her friends.